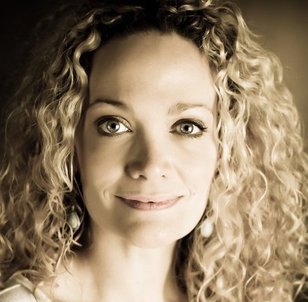 Geralene “Geri” Jones is the founder of Health and Wellness Care, an ever-evolving practice conceived solely from patient referrals and grounded in the most current research in health care, particularly functional and anti-aging medicine. Geri began her career as a registered nurse in 1998 and changed the direction of her practice after earning her Master of Science in Nursing degree in 2009, becoming a nurse practitioner specializing in Women’s Health.

A capstone of Health and Wellness Care is Geri’s commitment to actually heal people rather than to merely treat symptoms. Recognizing that men need these services just as much as women, she expanded into men’s health in 2015. Her vision is to bring attention to this type of medicine locally, nationally, and globally. Geri values open, honest, and trusting relationships between patient and provider as evidenced in her plan of care for every patient. Her holistic approach provides something that is rarely experienced in traditional health and wellness settings–highly individualized attention and time with each patient.

Geri is passionate about educating her patients in anti-aging and functional medicine and has developed and taught educational programs for providers as well as to women across the country. She lends her expertise to women’s groups, leads retreats in health and wellness, and is sought after for her motivational and inspiring style in discussing women’s’ health, hormones, breast cancer prevention, cardiovascular risk prevention, stress management, metabolic imbalances, and lifestyle changes. Geri also hosts educational anti-aging seminars across the country to practitioners and their patients.

Geri trained alongside Dr. Khalid Mahmud, renowned researcher in bio-identical hormone replacement therapy and anti-aging medicine and a published author of breast cancer studies and prevention books. It was during her two year apprenticeship with Dr. Mahmud that Geri realized the field of anti-aging medicine was her life passion. In 2011, Geri partnered with Dr. Kathi Fry, one of the first physicians to bring bio-identical hormones to the valley. The same year, Geri took over the practice. Thanks to the integrity of Geri’s work and the ease with which she relates to patients, the status of her practice grew to that of full time based solely on patient referrals, including Dr. Fry’s patients who trusted her knowledge and individualized level of care.